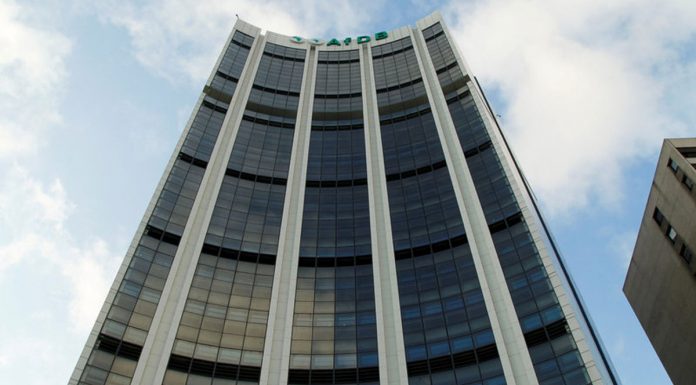 The African Development Bank (AfDB) has kicked off a feasibility study to explore the potential of electricity cooperative business models in Nigeria and Ethiopia.

The effort is part of the Bank’s goal of achieving universal electricity access across Africa by 2025, having realised that power shortages diminishes the region’s Gross Domestic Product (GDP) growth between two to four per cent per year, holding back job creation and poverty reduction efforts.

The study, funded by the South-South Cooperation Trust Fund, would be conducted by the National Rural Electric Cooperative Association (NRECA) International over three months and NRECA would consider regulatory, legal, technical and socio-economic factors that impacts the creation of electric cooperatives in the two nations.

Electricity cooperatives are tax-exempt businesses set up and owned by the consumers who benefit from the services provided in generation, transmission and/or distribution.

They are used in many parts of the world to provide last mile connections to rural areas through grid extensions and cooperative enterprises, and where successful, they also improve rural electrification, while creating sustainable businesses.

The Director, Power System Development, AfDB, Batchi Baldeh, was quoted to have said at the kick-off meeting that the study aligned with the Bank’s New Deal for Energy in Africa.

“This study is timely and aligned with the Bank’s New Deal for Energy in Africa. We look forward to working with NRECA International to execute the study, and to leverage its extensive experience in electricity cooperative business models to pave the way for the implementation of transformational projects across Africa” Baldeh said.

He stated that the cooperatives rely on strong partnerships among governments, rural/local communities and development partners for implementation and success.

He also said: “We selected Nigeria and Ethiopia following dialogue with their respective ministers of energy during the Bank’s Africa’s Energy Market Place held in July 2018, where they expressed their governments’ commitment to improve rural access through established models.

“We rely on this cooperation to explore this innovative model of delivering our High 5 to light up and power Africa.”

Baldeh, added that the findings of the study would be delivered in May this year, assuring that they would inform the viability of plans to pilot the model in the selected countries.

The federal government has reiterated the importance of the newly launched Digital Identity Ecosystem programme, insisting that it will help facilitate the collection of citizens’ biometric data nationwide within the shortest time possible.

The Director-General of the National Identity Management Commission (NIMC), the agency charged with the mandate to manage the national identity database in Nigeria, Aliyu Aziz, gave the explanation in Abuja recently, during a reform seminar organised by the Bureau of Public Service Reforms (BPSR).

“The purpose of the ecosystem approach is to leverage existing capabilities and enrolment facilities of government agencies, partners and private sector organisations in Nigeria, as opposed to building new ones,” Aziz explained.

This, he said would involve coordinated efforts of all enrolment partners, including all government agencies involved in biometric data collection as well as partners and companies in the private sector to be licensed by NIMC.

In his presentation titled “Reinventing Nigeria’s Digital Identity Ecosystem,” Aziz said with the approval by the Federal Executive Council of the National Roadmap on Identity Development in Nigeria, the NIMC Regulations 2017, ISO Certified and upgraded backend in place, “it’s now time to commence the implementation of the mandatory usage of the National Identification Number (NIN).”

The new digital identity ecosystem is a federal government-led initiative to collect biometric data nationwide in one-go by leveraging existing ecosystem of all government agencies including federal, state, local governments and the private sector.

Aziz, said the ecosystem approach of enrolment would constitute “trusted partners,” and a “pay-per-play model” to facilitate successful enrolments and fast-track the process nationwide.

“NIMC will facilitate collecting of identity data (biometric and demographic data) by also ensuring that partners collect data and are paid per successful enrolment. NIMC stores data and uses same to offer a Unique ID to the citizens and legal residents,” he said.

Emphasising the importance of the digital identity ecosystem, Aziz said: “As the federal government agenda, we are all enjoined to work together as one Government (though many agencies) to achieve the ID objectives and bequeath a sustainable and credible system of identity to our nation and generations to come.”

According to him, “There is a strong correlation between identification and reforms, both are central in realising effective delivery of important government services to the people.”

JPMorgan Boss : ‘If You Borrow Money to Buy Bitcoin, You’re a Fool’