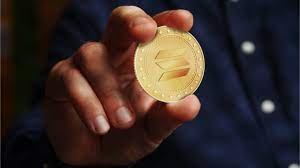 SOL, the native token of the Solana blockchain, hit a new all time high (ATH) of $187 which pushed the token to flip Dogecoin, the meme coin known to be supported by Elon Musk, the owner of the electric car company, Tesla.

In the last 7 days, SOL has gained over 50% in which many experts believe the token is in price discovery. Solana has made a lot of announcements in the last 2 months that has brought about traction and interest from both retail and institutional investors.

Some of these announcements include; the U.S. securities regulator, the Securities and Exchange Commission (SEC), registering a Solana-centric fund for institutional investors, cryptocurrency market data network company, Pyth, announced going live on the Solana blockchain and Solana’s successful venture into non-fungible token’s (NFT’s) this month, with the launch of Degenerate Apes.

The Solana blockchain has been attracting a wide range of projects to build on its blockchain. As of today, there are over 400 projects built on Solana’s network, including various decentralized finance (DeFi) applications. FTX and Alameda Research built their decentralized cryptocurrency exchange called Serum on the network, which also hosts the increasingly popular USDC stablecoin.

Another crypto, Audius (AUDIO), uses the platform too, which may also be a factor behind Solana’s price rise because TikTok chose Audius as its streaming partner earlier this month.

Asides from these factors, generally investors are looking for alternatives to Ethereum. Even though Ethereum was the first programmable blockchain, many cryptos have since followed in its footsteps. Majority of applications are still built on Ethereum, but the network is struggling with congestion and high fees. As a result, both developers and investors are looking for alternatives.

A unique feature of the Solana blockchain that has many people excited is the launch of its wormhole project. This allows investors to easily bridge between different blockchain networks. This is a huge milestone because blockchains are not very good at working with one another, and that’s been another stumbling block in terms of growth.

According to Coindesk, projects can now use the wormhole feature to move assets between Ethereum and Solana quickly and cheaply. Solana says the next step will be to connect Terra (LUNA) and the Binance Smart Chain.

Who Are Bitt Inc ? The Fintech Company Partnering with CBN